Home » About the Program » Brian Thacker 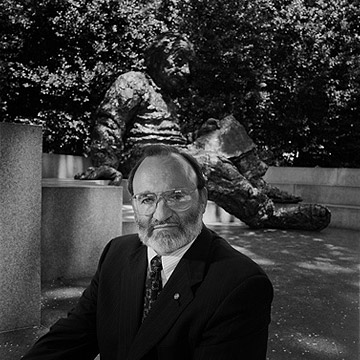 Son of a career Air Force officer, Brian Thacker graduated from Utah's Weber State College and was commissioned in the Army through the ROTC program. After a tour in Germany, where he was "allowed to make a lot of second lieutenant mistakes," he was sent to Vietnam in the fall of 1970, serving with the 1st Battalion, 92nd Artillery.

He was first assigned to a battery of guns that provided support for combat engineer operations. Then, in the spring of 1971, he took charge of a six-man observation team organized by the battalion. Along with an interpreter, the team was ordered to a hilltop in Kontum Province called Fire Base 6. There they supported South Vietnamese (ARVN) artillery in firing down on North Vietnamese units operating in the valley below.

On the morning of March 31, when the enemy launched a coordinated attack along a sixty-mile front, Fire Base 6 was among the positions hit. Thacker was asleep when he heard sounds of the heavy machine guns, rocket-propelled grenades, satchel charges, mortars, and recoilless rifles. The North Vietnamese had penetrated the South Vietnamese perimeter; three of Thacker's five men were killed as the American and ARVN force retreated from bunker to bunker in hand-to-hand fighting throughout the morning and early afternoon. Calling in air support, Thacker rallied his forces to hold on against the superior North Vietnamese.

The first U.S. helicopter trying to resupply Fire Base 6 was shot down; its crew climbed out of the wreckage and joined what was left of the U.S. team. When a second chopper trying to rescue the first crew was shot down as well, Thacker knew his beleaguered force couldn't hold out.

The nearest extraction point was another fire base six miles away along the ridgeline. During a lull in the fighting, as the enemy prepared for a final assault, Thacker organized a withdrawal of the remaining friendly force, lingering behind to provide covering fire before joining his comrades. He called in U.S. artillery on his own position in a desperate effort to keep the enemy at bay, but in the ensuing chaos, he became cut off. Finding himself alone, he ran for cover deep in a heavily overgrown bamboo forest. He stayed there for the next eight days without food or water. The North Vietnamese were often so close around him that he could hear-and even smell-them. The bamboo canopy kept him cool during the hot days; his wool nightshirt protected him during the cold mountain nights. Several days after the ARVN ranger unit retook the fire base, Thacker decided he could move to safety. Over a period of several hours, he slowly crawled from his bamboo refuge back to the fire base. He was medevaced out the next day, given medical treatment in Pleiku, and sent to Japan for hospitalization.

By May, Thacker was back home. His father, who was stationed at an Air Force base, told him of rumors that he had been recommended for the Medal of Honor, but Thacker didn't think it was possible. Two years later, however, he received a phone call inviting him to the White House, where President Richard Nixon presented him with the medal on October 15, 1973.