Home » About the Program » Drew Dix 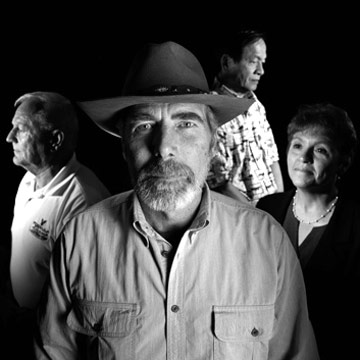 Drew Dix volunteered for the Army in 1962. He wanted to be in Special Forces, but at eighteen he was too young, so he spent the next three years with the 82nd Airborne and participated in the peacekeeping operation in the Dominican Republic in 1965.

By 1968, Dix had become a Special Forces adviser and was in Vietnam working on a CIA project in the provincial capital of Chau Phu near the Cambodian border. His mission was to coordinate intelligence gathering with a company-size unit made up mainly of indigenous Vietnamese, Cambodians, and Chinese Nungs, primarily by capturing Vietcong soldiers for interrogation.

In late January, Staff Sergeant Dix and several of his men were operating in and around Cambodia with part of a Navy SEAL platoon to try to acquire definitive intelligence about a rumored Vietcong offensive. Just after dawn on January 31, Dix’s unit returned to Chau Phu in the SEAL riverboats to find that the Tet Offensive had already begun and the city had been overrun by two heavily armed Vietcong battalions. (South Vietnamese units hadn’t resisted because they thought a cease-fire had been arranged for the New Year holiday.) When they tried to land, they encountered such heavy fire that one of them later said, “It was like a little Normandy.”

Dix began to move methodically through the city, picking up isolated pockets of friendly soldiers as he went. One of his first objectives was to rescue an American nurse who had been working in the local hospital. Then he reached several U.S. civilians whose building was being mortared and brought them to safety. One SEAL was killed; the rest pulled out, leaving Dix with only a handful of indigenous soldiers. For the next several hours, he and his men moved from house to house in an effort to liberate Chau Phu. At one point he alone assaulted a building in the face of heavy machine-gun fire to rescue two Filipinos who had been working there; he killed six Vietcong and brought out the two trapped men.

Dix fought through the night. By the next morning, he had assembled a force of twenty men and supplied them with new machine guns and a recoilless rifle. Using classic urban warfare techniques, his force cleared the Vietcong out of the city’s hotel, theater, and other buildings. At each step, Dix left wounded soldiers to hold each of the buildings and ensure that he and his men wouldn’t be attacked from behind. Then he moved on to the residence of the deputy province chief and rescued the official’s wife and children.

By February 2, after a running battle of fifty-six hours, the city was liberated. Dix’s small band had killed an estimated two hundred enemy troops, with Dix himself accounting for some two dozen. One of the prisoners he took was the head of the enemy force that was supposed to take over and administer Chau Phu.

A year later, Dix was back in the United States. He had been told he was to receive the Medal of Honor, but he had been involved in so many dangerous actions that he wasn’t sure exactly which one he was being singled out for. He was presented with the medal by President Lyndon Johnson on January 16, 1969, in one of the last official acts of his presidency.

Dix is the author of Rescue at River City, which was published in 2000.